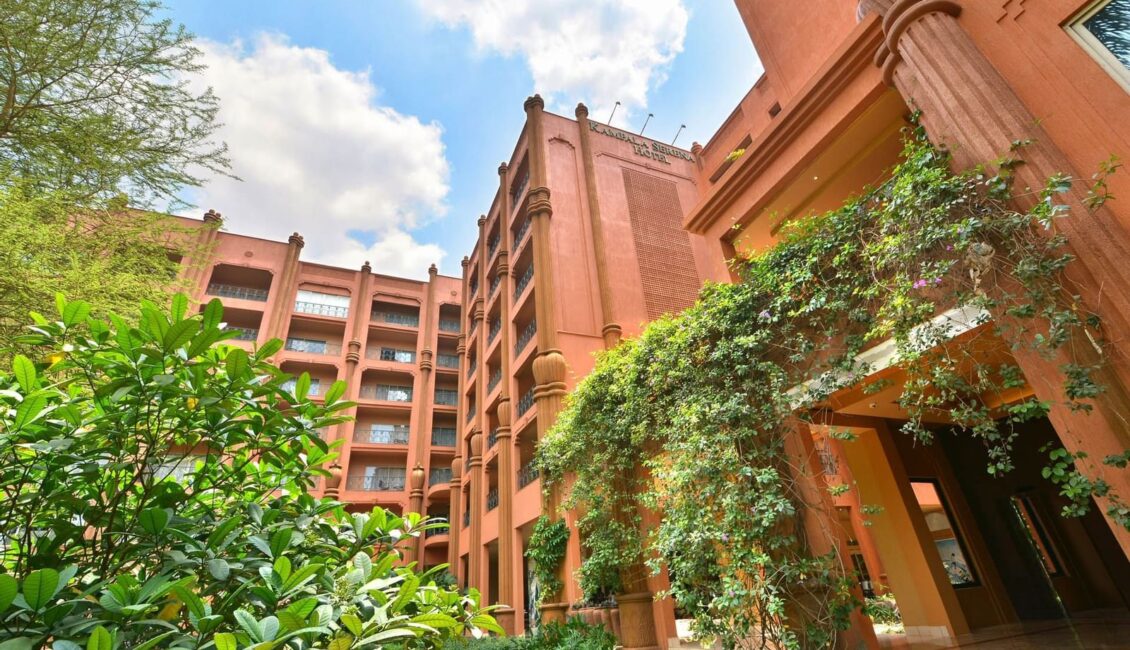 The hotel opened on 31 July 2006, after eighteen months of renovations and refurbishment at a cost of US$30.5 million.[4] The hotel is part of the Serena Hotels Group. It has 152 rooms, including thirteen suites, one of which is a presidential suite.[5] During the Commonwealth Heads of Government Meeting 2007 in Kampala, the hotel hosted Queen Elizabeth II of the United Kingdom for four nights.[6]

The hotel has its own helipad for easy transport between the hotel and Entebbe International Airport. Adjacent to the hotel is the Kampala Serena International Conference Center with a seating capacity of 1,500 and multilingual translation facilities of up to nine languages simultaneously.[7] In 2016, the hotel is expected to undergo expansion, with the addition of 32 bedrooms, and the improvement of food, beverage, and meeting facilities.[8][9]

Share This Venue
Venue Details
0
Venue Map
Events of the Venue
You might also love these events.